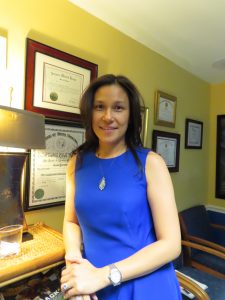 Dr. Zuraida Zainalabidin earned her undergraduate degree in Psychology from the University of Michigan and during her final year, acted as an Optometry Tech at the national optometry in a major optical corporation.

After finding her interest in optometry, she completed required scientific courses at DePaul University in Chicago and then undertook her four-year optometry college course work at Illinois College of Optometry. Upon graduation, she continued working with Lenscrafters as an Optometrist in Chicago. Originally from Malaysia, Zuraida migrated to Arizona for warmth and a more relaxed atmosphere.